Pawel Drozdowski of the da/sec group received a best student paper runner-up award for the contribution of „Database Binning and Retrieval in Multi-Fingerprint Identification Systems“ at the 2018 IEEE International Workshop on Information Forensics and Security, which was presented by Daniel Fischer in Hongkong, China. 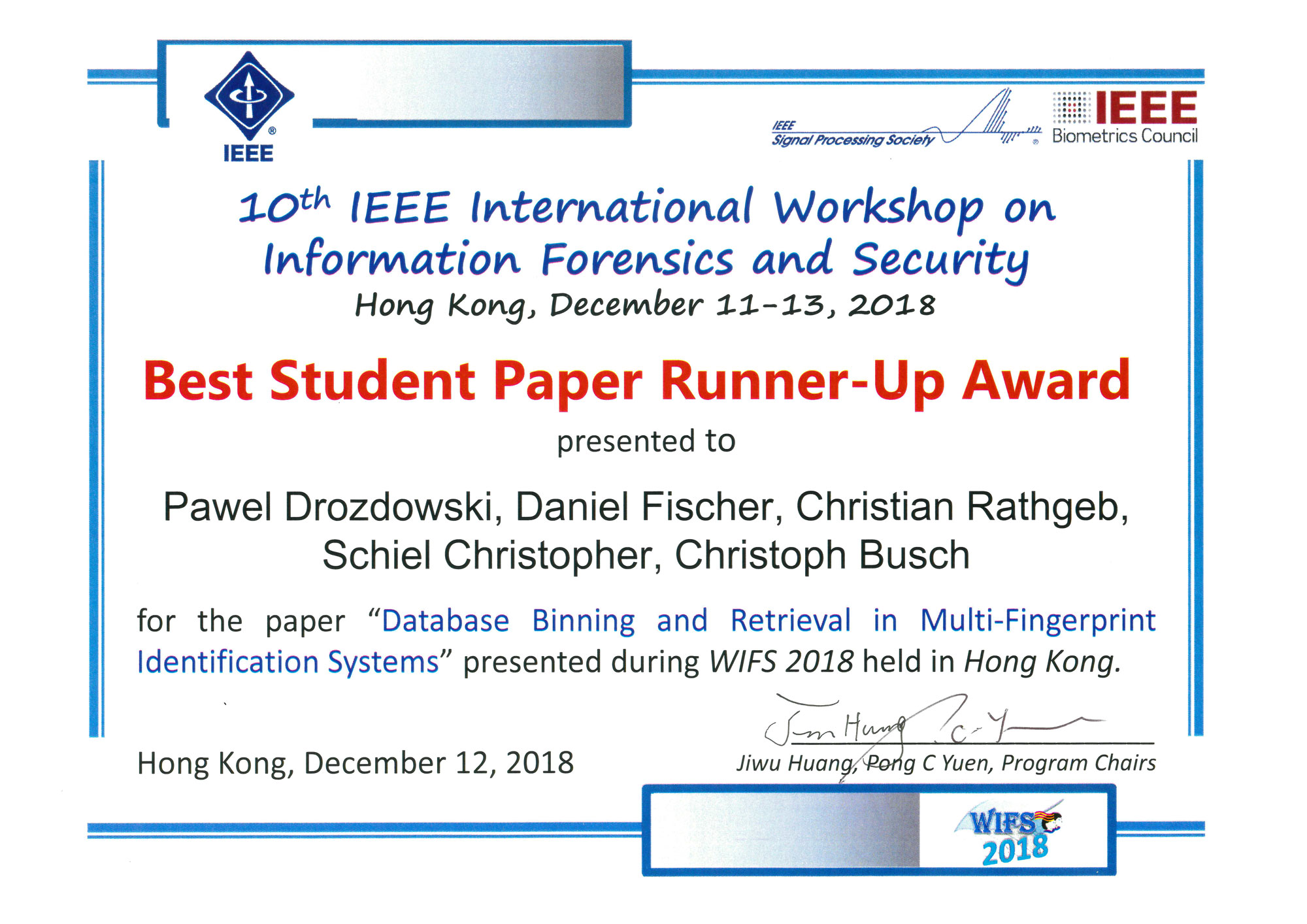 The increasingly large scale of deployed biometric systems necessitates approaches for computational workload reduction in order to perform identification queries efficiently. Simple database binning based on classification of features in biometric samples is amongst the most frequently used and researched methods for achieving said goal. However, multi-instance database binning appears to be a neglected topic in the scientific literature: best to the authors‘ knowledge, for fingerprints there exists only one, entirely theoretical, study on this subject. In this paper, we propose a retrieval algorithm based on multi-instance binning of fingerprint databases, along with usage of statistical information on fingerprint classes and their correlations.

The aforementioned statistics are obtained from NIST SD9 database and data obtained from the German Federal Criminal Police Office. Subsequently, the experimental evaluation of the proposed algorithm is performed on the NIST SD9 database. The proposed system is evaluated using a classifier based on the PCASYS tool and neuronal networks. The results show a significant workload reduction from a baseline exhaustive search scenario — down to 12.7% for this particular classifier and 5.8% for a theoretical perfect (completely accurate) classifier. The proposed method could be seamlessly integrated into operational systems, as it relies on well-established features and compatibility with the current acquisition methods.